Planning Tara & Ryan’s wedding was so much fun. This lovely Canadian- Sri Lankan couple got officially married in Canada a while ago but now wanted to have the proper big white wedding with families involved. Since the couple has families spread literally all over the world they decided to meet in the middle – in Prague, as we Czechs like to say, in the heart of Europe :-). Families and friends from both sides had to travel miles to get here but what Tara & Ryan prepared for them, was definitely worth it. 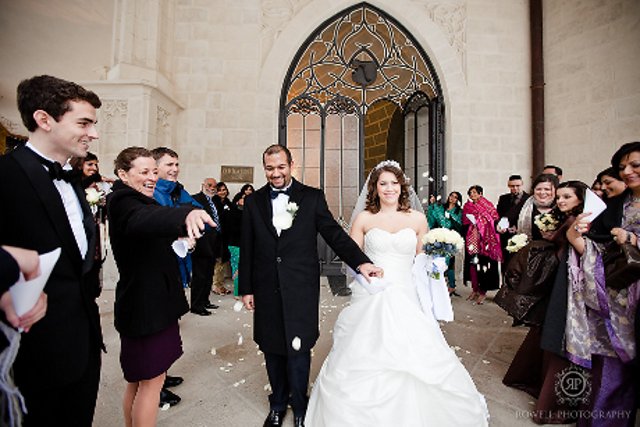 I think Tara was probably one of my most creative Brides with very specific wedding wishes on her mind. As I already mentioned in my of the previous articles; the couple knew from the beginning they wanted to get married in Prague, in the historical city. As the same time, they fell in love with Hluboka Castle, a fairy-tale place in the South Bohemia. They still did not want to give up on the idea of their wedding photos being taken in Prague and celebration being held in the beautiful Four Seasons – and therefore, despite my recommendations :-), they decided to travel to and from ceremony in Hluboka in just one day. We consider this quite a journey here, but as the Brides father told me – for them, it was nothing compare to what they have to travel in Canada. Also he said, although it was about minus 15 Decrees Celsius that day, he was wearing his spring jacket and felt cozy. There we go :-).

There was everything a princess could wish for on a wedding day – white limousine, white snow, horse and carriage ride around the magical Castle.. And Tara did look like a princess. Evening celebration in Prague was in the mentioned Four Seasons hotel located by the Vltava River and everything including flower decorations was in a Baroque style – baroque music, dancers, even wait stuff was wearing baroque costumes. The couple even brought their wedding photographers with them from Canada and I am just amazed by their work. Erika & Ryan (http://rowellphoto.com) are young cool couple traveling the globe taking photos and I have to say they do it so well. Thank you Erica & Ryan for sharing these pictures with us!

The long day finished off by huge fireworks with the silhouette of the Prague Castle in the back round and at the end I heart from the crowd watching – „this was like on Canada day“ :-)! Yes, it was the Bride's dad who said so :-).

Thank you so much Tara & Ryan and your amazing families for having us plan this special day for you. I have really enjoyed it being part of it. 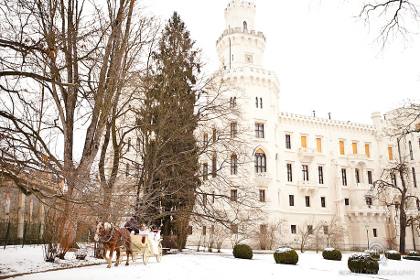 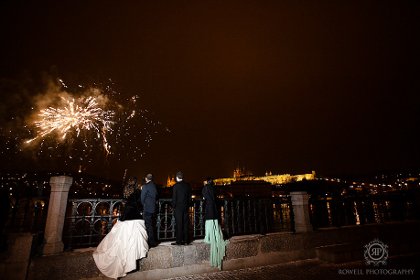 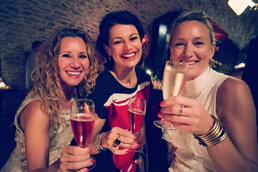 Hello, we are Petra, Eva and Natalie...